Bobby Gersten, “The Great-Granddaddy of UNC Athletics” died at UNC Hospitals on October 18th, 2019. Gersten was the University of North Carolina’s oldest living athlete (basketball, baseball). He was 99.

“I’m excited to lead the inaugural UNC Walk for Health event because I have found that walking is truly the best form of physical fitness. It is easy on the knees, it won’t hurt your back, it’s good for your heart and it’s simple to do,” says Gersten, the former star basketball and baseball player at the University of North Carolina (Class of ’42).

Bobby was UNC’s oldest living athlete. In 1942, he was honored with the prestigious Patterson Award for his leadership in athletics at UNC. Upon graduation, he served for three years in the US Air Force during World War II. After the War, he returned to his hometown in Long Island, New York to coach basketball and baseball at Long Beach High School. Since 1946, he has served as director of family owned Brant Lake Camp in the Adirondacks. During the 1950s, he was instrumental in bringing New York basketball players to North Carolina to play for former UNC coach Frank McGuire. He later served as the founding Dean of Students and Professor of Physical Education and Human Sexuality at Nassau Community College (State University of New York). He was also elected President of the Long Beach Board of Education. Bobby maintained an active lifestyle and still exercised daily into his late 90s. He read several newspapers and magazines each day (with no glasses) and watched all Carolina basketball games. Bobby passed away at UNC Hospitals on October 18, 2019. He was 99.

The definitive biography of the legendary

Bobby G: A Life Worth Celebrating 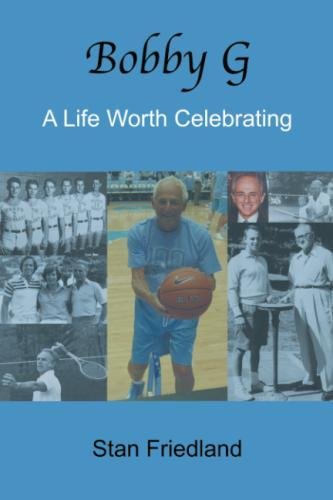 Beloved wife of Bobby Gersten for 71 years, passed away peacefully on December 23, 2015 at age 93. Together, they had 4 children, 8 grandchildren and 4 great-grandchildren. Libbie was most proud of and devoted to her family. Libbie was a rock in the foundation of Brant Lake Camp, documenting the history of the camp through her creation of the memorabilia room, yearbooks, photography, and more. In her younger years at BLC, she taught archery and in 1980 co-founded the Dance Camp. She was strong, energetic, creative; a lover of travel and the arts; a dancer and dance teacher for over 20 years in Long Beach, New York. Libbie grew up in Asheville, NC, and graduated from the University of North Carolina in 1944.